Business professionals of all calibers and stations likely know about the AICPA or at least certified public accountants. This prestigious organization has helped equip accounting professionals with appropriate skills and training for nearly 140 years. However, the positive reputation comes less from the its long lifespan as from the professionalism its members exhibit. After all, CPAs typically perform highly-competent tasks and are capable members of the workforce. That’s why strong, individual commitment to honest values and practices is vital to the AICPA’s reputation. But with nearly 670,000 members, it can be difficult to regulate ethics. That’s why the organization set out the AICPA Code of Professional Conduct in 1917.

In essence, the AICPA Code of Professional Conduct establishes a behavioral guideline which individual CPAs must follow. Those who fail to comply with the six main principles risk disciplinary action from admonishment to expulsion. So, it’s imperative that certified public accountants recognize the statutes and expectations set out by the code. However, like many organizational ethical standards, the AICPA Code of Professional Conduct has undergone numerous changes since its inception. So, CPAs must make sure their understanding of the code is correct in order to comply with its principles.

Fortunately, the latest revision to the AICPA Code of Professional Conduct was in 2014. So, those who are familiar with the tenets of this latest version are likely up-to-date in their knowledge. However, since failure to comply carries potentially steep penalties, it never hurts to brush up on the requirements. Even a quick overview of the important points can help ensure CPAs avoid overstepping the bounds of the organization’s ethical standards.

The Six Main Principles of the AICPA Code of Professional Conduct

Of course, one of the first things to point out is that the AICPA Code of Professional Conduct itself acknowledges that participation is voluntary. While members of the AICPA are expected to comply, there is no compulsory force which can cause them to do so. However, it is fully within the rights of the organization to discipline or expel any member which fails to hold to the tenets. So, to that extent, members who wish to remain in good standing will naturally follow the principles set forth by the code. Furthermore, there is no legal requirement for doing so. While some ethical breaches can result in legal complications, the act of breaking the code cannot. Regardless, the Preamble also makes clear that CPAs should strive to go above and beyond mere adherence to laws in pursuit of excellence.

Overall, there are six primary principles which the AICPA Code of Professional Conduct recognizes.

Worth mentioning is that these six core principles apply to AICPA members in all fields. So, those in public practice, industry, government and education are equally beholden to the tenets.

In essence, Article I of the Principles of Professional Conduct appears straightforward. Because CPAs serve a vital societal role, they have a responsibility to all individuals or bodies employing their services. Furthermore, this entails that certified public accountants carry a responsibility toward each other as well. Ultimately, doing so protects the interests of the accounting practice and while maintaining the public’s trust and respect. This includes but is not limited to exercising sensitive professional and moral judgements in all applicable situations.

Closely aligned with responsibility is Article II, acting in the public’s interest. In fact, the two areas heavily overlap and impact each other. This principle acknowledges that the public relies heavily on CPAs’ skills and knowledge to maintain orderly commercial functions. And as such, AICPA members have a responsibility to act with integrity and work in the best interest of society. Ultimately, whenever responsibility to the public is fulfilled, cliental and employer interests are also better served. So, honoring public trust and demonstrating strong commitment are mutually beneficial to society and the individual.

Again, closely linked with each other tenet of the AICPA Code of Professional Conduct is Article III – integrity. Understandably, each main principle both impacts and is impacted by the others. Without integrity, public trust in individual CPAs or the organization as a whole cannot exist. At the most basic level, this requires honesty and candidness when dealing with client confidentiality. However, the actual application of integrity might not always seem apparent or rigid. Inevitably, situations arise where ethical guidelines seem blurred. So, it is up to each individual CPA to determine whether they are acting as a person of integrity would.

Understandably, CPAs and auditors in particular need to exercise objectivity when fulfilling duties to clients. In essence, objectivity refers to the impartiality accountants are expected to show when rendering services. However, it also requires intellectual honesty – no matter than outcome. Independence in both fact and appearance is indispensable for attestation or auditing services.

Notably, there are seven primary threats to auditor independence which CPAs need to stay aware of. These include:

Obviously, there are many existing threats to auditor independence and objectivity. However, as per the AICPA Code of Professional Conduct, CPAs must understand these risks and actively hedge against them.

In large part, the specifics of due care might vary from one CPA to the next. However, it primarily refers to the idea that individuals should continually strive for excellence in their work. It isn’t enough for members to gain the certification and rest on those laurels the remainder of their career. Instead, they have an obligation to continually learn, grow and increase their professional competency. This quest for excellence is at the heart of due care, and ultimately, the AICPA as well.

However, due care also surpasses mere education and further impacts the way CPAs discharge their duties. This principle requires that they carefully plan and supervise services with facility and acumen. And because no single individual can be wholly competent in all areas, it means showing humility. At times, accountants may need to reach out to colleagues in order to consult someone more versed in a topic. Due care ultimately means putting aside pride for the sake of the client.

Scope and Nature of Services

Finally, the sixth principle asserts that CPAs must observe the other principles when determining the scope and nature of provided services. So, to an extent, it’s self-referential, because one principle is basically to apply the principles. However, it reveals the overall importance of these core values for AICPA membership. The organization is committed to excellence, and for any member to fall below that standard can have a negative impact on reputation.

Failure to Comply with the AICPA Code of Professional Conduct

Unfortunately, in an organization as large as the AICPA, some members will inevitably overstep bounds and fail to comply. When this happens, the AICPA has within its rights certain disciplinary actions. These broadly range from simple admonishment to automatic full expulsion from the organization, depending on the nature of the infraction. Ultimately, the outcome of any ethics sanctions or dispositions is up to the AICPA. And while not legally binding, can have serious professional ramifications for individuals involved.

Education and the AICPA Code of Professional Conduct

Sometimes, the easiest way to avoid problems with conduct is to ensure members are well-educated. That’s exactly why the AICPA requires its members to complete a set amount of ethics CPE every few years. At least, in principle, awareness of ethical requirements should help cement commitment to the AICPA Code of Professional Conduct.

So, if you’re looking to get a better grasp on the AICPA’s code while earning CPE credit, VTR Learning can help. Alternatively, if you simply want to enhance your professional skills, there are plenty of other options. That way, you can ensure you’re offering the highest-quality service to clients and complying with the Code of Professional Conduct. 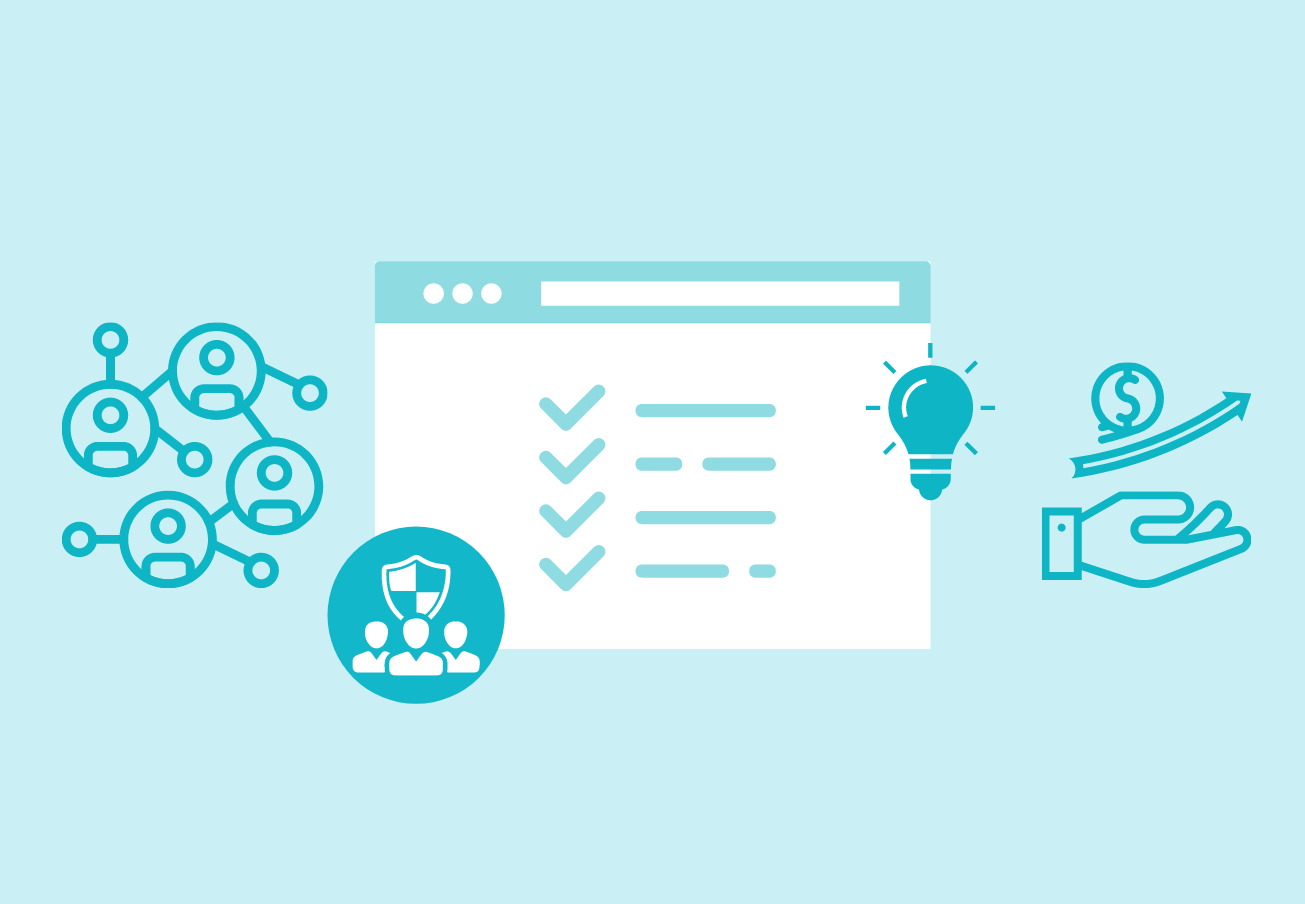 Too often, Continuing Professional Education seems like a hassle. It’s that thing members of organizations like SHRM, HRCI and the AICPA have to complete to...

Looking for something different? Here are 5 online CPE courses for accountants approved by NASBA Every CPA in the United States operates under a state...

Let’s face it – earning CPEs isn’t the most exciting venture one could hope to embark on. It costs time and money, and just as...