Political Divides in the Workplace

As society entered the Information Age, everyone seemingly became an ‘Armchair Politician’ and began discussing politics at work. “You have enemies? Good. That means you’ve stood up for something, sometime in your life.” The great Winston Churchill once said this to a journalist, as the story goes. I’ve always admired this quote and thought it introduced a great principal to live by – stand up for what you believe in. Little did I realize what this motto could snowball into.

I always wondered how old I would be when I’d start using the adage, “I remember a time when…” Apparently, that age is thirty-four because I remember a time when discussing politics was one of the most “taboo” things you could do in any setting. It simply seemed to be a matter of business & culture. Even during my college years, I can only recall one instance in which my colleagues debated ideologies. I don’t even remember what the issue at hand was because I completely tuned out until the conversation transitioned into something I could contribute to (listening was not one of my strong suits as a young man).

The nice part about the college environment was you could almost always escape an unpleasant situation. Very few things ever required spending eight hours a day with the same people and, if it did, at least you could take solace in the fact that it would only be temporary. But then came the real world in the form of a 40+ hour work week, with people you could very well see on a day-in-day-out basis for decades – if it was the right job. That used to make the daily grind more enjoyable when you appreciated the people around you and the only debate happening usually stemmed from a sporting event. Back in those days, workplace politics referred to rubbing elbows with the right executives to enhance your chances of climbing the corporate ladder. 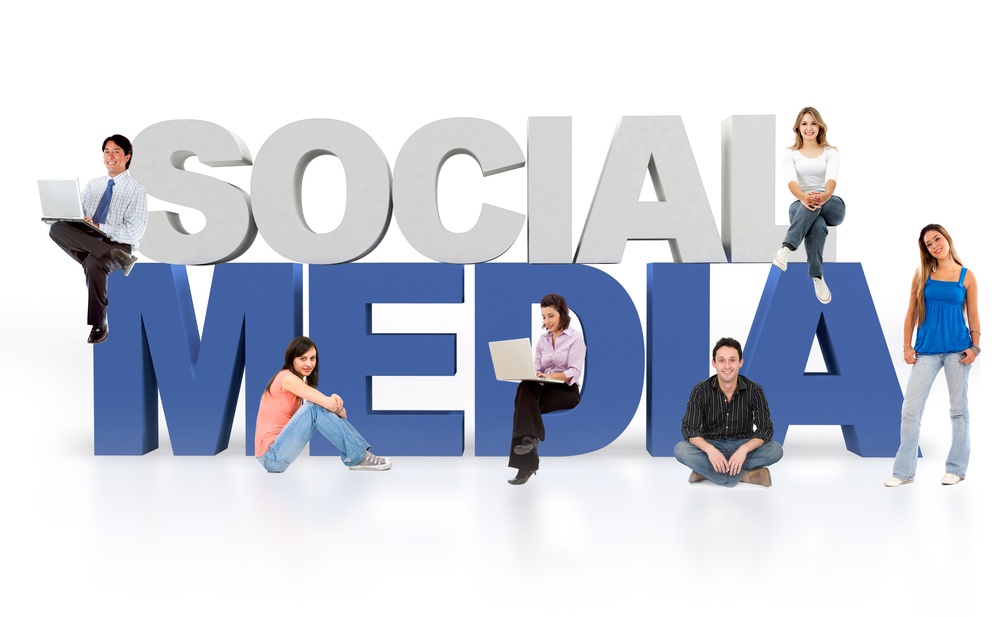 When platforms like Myspace and Facebook first hit the scene, it felt like what the release of the first cell phone must have felt like. We could easily stay up to date with anyone and everyone. The word, “acquaintance,” was replaced with “friend,” even though you might only have sat next to one another on a flight somewhere. But what’s the harm in that? People became more connected and embraced each other. The six degrees of separation could easily be observed and arguably reduced. Meeting someone and then not becoming Facebook friends quickly became socially unacceptable. This is where things started to get out of control.

The Megaphone that is the Status Update

Because of social media, everyone had an audience, and they were going to be heard, whether you liked it or not. Thanks to this, you started to find out things you didn’t want to know about people you once respected. Everyone became their own version of Dr. Jekyll and Mr. Hyde. That soft-spoken, easy to get along with co-worker at the office turned out to have a fiery side, full of obnoxious opinions they couldn’t share enough of in cyberspace.

Politics: You’re either with us or you’re the scum of the earth

This is what we have evolved into, thanks to the Information Age, and it plagues every community we are a part of. No matter how hard you try to remain unbiased, it’s almost impossible not to feel something when you discover the political affiliation of a co-worker. That feeling is generally either relief or disappointment – relief in knowing you both are rooting for the same team, or disappointment in having to start watching what you say in the other person’s company.

Now, don’t get me wrong, I do believe the vast majority of people in this great country show a great deal of civility to their counterparts in the workplace, despite their political leanings. There are countless great friendships that have been forged through differences. The problem arises, however, when there’s that one – dare I say, toxic – co-worker who has a tendency to stir the pot and make people choose sides. We all know a person like this, and it’s in their nature to cause conflict. The worst part is it only takes one bad apple to spoil the bunch. Since politics basically encompasses everything and, in this country, many people are either for or against each issue with no overlap, it’s the easiest thing to want someone to choose a side. Where things get messy is when there are only two sides used to describe people: conservative or liberal, Republican or Democrat. When you take on the identity of either of these parties, you’re immediately assumed to fall on the far right or far left, agreeing wholeheartedly with your party on every single possible issue. When in reality, there’s a high likelihood that there are some issues you side with the other party on. Unfortunately, it would take too much time for everyone to set up an ‘About Me: Politically’ informational page, in which you go through every imaginable issue facing our country today and pick a side. Instead we simply choose between a donkey and an elephant and accept the consequences.

Having the ability to carry a subconscious bias against someone or something is not unique to human beings and is demonstrated throughout the animal kingdom. However, the workplace should be a sanctuary where bias is limited as much as humanly possible. Of course, that’s a very difficult objective to achieve while maintaining a healthy and happy work environment. I mean, how do you tell your employees they are forbidden from using social media at the office? That would solve a fair amount of the issues, but when a large amount of marketing is done via social media, it’s arguably impossible to turn it off and expect to run a successful business. I guess all one can hope for these days is that political debates begin to lose their allure and society regresses back to a point where small talk about weekend plans and family reigns again.

Did this topic on discussing politics at work interest you? Consider reading our blog on determining and understanding employee needs.

How Leaders Enable Innovation in Their Teams

Everyone person in a position of authority likely wants to be a good leader. But it’s not always as simple as having a team behind...

In an increasingly online marketplace with business automation as the next frontier of every strategy, your company is only as strong as the business tools...

Employees are Brand Ambassadors Too

You may be surprised by this, but the best marketing and advertising resources every company has bountiful access to are right under their nose: the...